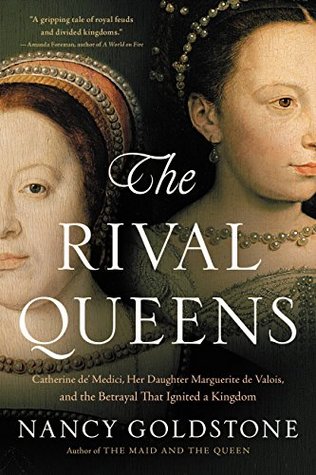 IF YOU LIKED
The Borgias: A Hidden History
The Mistress of Paris 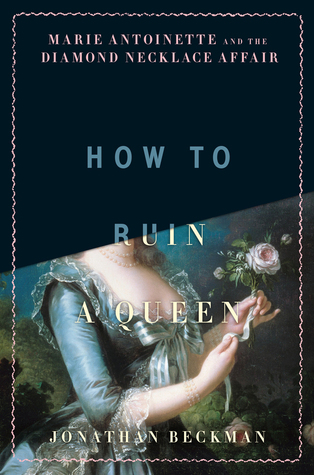 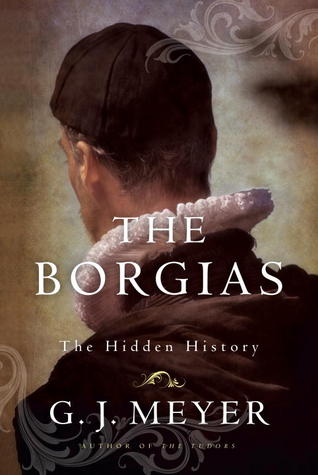 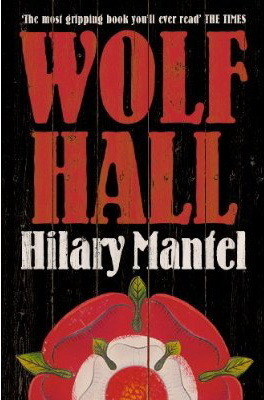 I mostly read fiction, as I’ve said a hundred times before. This makes reading historical nonfiction a kind of weird experience because I’m so used to reacting to characters and narratives that were conceived by a third party and therefore are theoretically mutable. But in nonfiction, I can’t say “this was repetitive” or “I wish the author had made a different move here” because… it happened! It poses a quandary for me because there was a lot that I found lacking in this book but untangling what was due to the telling versus the mundanities of real life is tough.

For example, I found Margot and Catherine alike frustrating characters, making decisions that I rolled my eyes at, or doing things I found personally unlikeable. But what do I do with that, when these were real people? Real people’s decisions often don’t follow an elegant structure or logic, even with the benefit of 500 years of hindsight. That said, Goldstone frames Margot as extremely smart and frequently underestimated, and yet her insistence on trusting Henri III would seem to run counter to that. Of course he was her brother and the book also takes pains to imply that Margot was a fundamentally good person, putting her at odds with him and much of the French court, but this blind spot for her family undercuts her supposed smarts – it just makes her seem easily deceived.

Real humans can be, of course, both canny and gullible in different areas of their lives, but the context in which this story was told would seem to push one trait at the expense of the other. Catherine is given a much richer personality (or did she just have one?). Her arrogance and overcompensation are consistent through both her periods of success and failure. She is a power player, but not a particularly good one, and exploring that dichotomy is one of the strongest aspects of the book.

On the other end, Henri III is almost a cartoon villain. Loathing for him seeps into every word she writes about him and it unintentionally suggests there’s another side to his story that we’re not hearing. I don’t mind author bias really, especially when a European monarch in the Renaissance was sort of by definition an evil fuck, but I think that bias is important to acknowledge, at least implicitly. (I think in this case of The Borgias: A Hidden History , where his defensiveness of Rodrigo Borgia got grating and it damaged his credibility, but to his credit he reported the rumors he was trying to dispel.)

Despite Italy being the center of a religion requiring abstinence of so many of its clergy, everyone seemed to be having, enjoying, and getting away with lots more sex than France.

That said, Goldstone’s willingness to throw in a good aside was incredibly fun! The two favorites that I specifically noted were the very funny “For example, it is helpful when organizing the overthrow of an established government if everybody involved in the cabal pays attention to minor details such as the date on which the various troops comprising the rebel force are supposed to rendezvous and storm the castle,” and “That’s the trouble with setting a precedent like that of Saint Bartholomew’s day. One little massacre and you’re tainted for life.“ I cheered at some bits where she threw a little shade at historians who write more salaciously. (I booed when she threw in a sanctimonious “and you thought history didn’t matter,” as if I didn’t invest in reading a 500 page book about history.)

As a learning exercise, what I found most interesting was the French court in general. Most of my Renaissance reading has been about Italy, obviously, and Goldstone’s rich portrayal of the court showed the marked contrast between them very well. Because France was a single centralized monarchy rather than city states, its conflicts are much more international. Because it is not the nexus of Catholicism – and because this was a century later – most of the infighting that did exist centered on religion rather than real estate. It was also so much prissier and more buttoned-up—sort of proto-Victorian, in a way. Despite Italy being the center of a religion requiring abstinence of so many of its clergy, everyone seemed to be having, enjoying, and getting away with lots more sex than France, where even the run-of-the-mill Catholics – not Huguenots – were clutching their proverbial pearls all the time.

I have two views to balance. One: it was an interesting study of two queens I had never heard of before, a new take on female power in Renaissance Europe, and a look at a less-televised and less-discussed social landscape. (Reign, while very fun for at least its first two seasons, is not the same as getting countless biographies and adaptations like the Borgias and Leonardo da Vinci… and on and on.) Two: reacting as I would to fiction, I would rate it middling – the plot was convoluted and sometimes repetitive (oh, another Huguenot uprising? More religious suppression? Wow, groundbreaking) and the characters often annoying, even though a nuanced portrayal of Catherine was genuinely fascinating. The French court as a real place doesn’t thrill me the way the gossipy, scheming landscape of other settings and periods in history. All I am able to truly determine is what’s stuck with me after so many months: a good piece of education for me, and one I don’t think was exciting enough to return to.