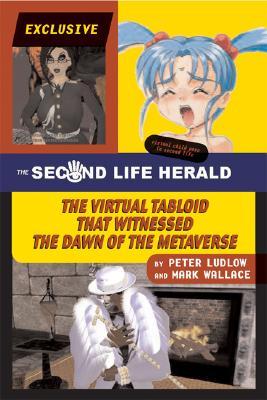 The Second Life Herald: The Virtual Tabloid That Witnessed the Dawn of the Metaverse

The Internet Then and Now 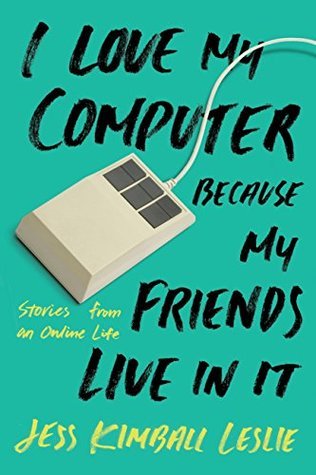 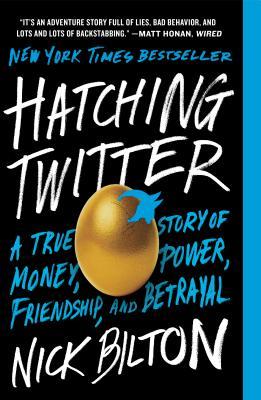 you know we're living in a SOCIETY!

In 2019, the internet is not much like what we thought it would be back in the early aughts. Back in 2007 when this book was written, the big tech fear was that we’d all cease leaving our houses and only interact with people in the form of avatars in “””hyperrealistic””” virtual worlds. (It feels insane now to think that the kind of graphics SecondLife would have had in 2007 would have been impressive.) Virtual reality felt like an inevitability, as did total anonymity. And then Facebook opened up to users without .edu email addresses and – it really did feel this fast – the world changed. Others have written at length of what the internet is today so I’ll save it, but no one could do what Facebook did: make our Selves our internet currency. We mostly moved our online social lives to social media, where we generally expect everyone to be who and what they say they are.

In the context of The Second Life Herald, this means that reading this book over 10 years later makes for quite the experience (hence this monster review). The confidence with which Ludlow declares that the Sims or SecondLife (which I’ll use as a stand-in for all MMORPGs, since it’s the titular one) is The Future is laughable. (That said, I wonder if Ludlow is one of the people who are still on SL or the Sims.) Equally laughable is the defensiveness with which Ludlow explains why and how people spend money – real money! – on games! Fast forwarding to 2019, where kids spend hundreds of thousands of their parents’ dollars on in-game purchases on Fortnite, spending a fixed sum to Purchase A Game feels almost quaint.

None of this was naive at the time, but man, it feels like it now. He’s so scandalized at practices we’re desensitized to. Sometimes Twitter (my stand-in here for “all social media”) won’t boot a bad actor off the platform, despite flagrat ToS violations, and when it does it often feels too late or hollow – and no one is surprised. In 2007, we expected that companies would be on our side, because they… said so. In the intervening decade, we’ve stopped trusting. Were they always lying, or do we just know better now?

Plenty of the issues in this book are eerily relevant to today, and some of Ludlow’s anger would have been well heeded by social media creators before it got this bad.

We’ve also gotten a lot more prudish, or at least the owners have (legitimate liability issues with minors on these platforms, but also fear of bad policies like SESTA/FOSTA). These early worlds feel salacious and transgressive and new in part because they all hosted a roaring sex trade. Meanwhile, in 2018, Tumblr instituted a useless and ineffective porn ban that immediately became a meme, changed how people used the site overnight, was actively harmful and dangerous for sex workers to boot, and eventually erased over a billion dollars of worth. The internet in 2007 was a Wild West, which is snapshotted well in this book. It’s a world where we aren’t really sure if we should pull back on it or encourage sex work and general horniness, where a story of a boy disguising himself as a madam making his new hires describe potential sex in graphic detail isn’t one immediately condemned as sexual assault. (In fact, Ludlow’s refusal to at any point unequivocally say that this is Bad is frustrating. Given the book’s overall politics I’m not surprised to find a lack of condemnation here; it has a universally libertarian bent that I find discomfiting at times. More on this later.)

The thing is, this book isn’t just a relic, even though the fears of VR subsuming regular R are. Even though the internet has grown up a lot, plenty of the issues in this book are eerily relevant to today, and some of Ludlow’s anger would have been well heeded by social media creators before it got this bad. There’s still abundant and growing tension between the users of a platform and the platform itself. Across all dissatisfaction with SL then and social media now, there’s an unspoken but palpable two-sided threat, a sort of mutually assured destruction: these communities wouldn’t run without users, but they are so integrated into our lives that we can’t run without them.

More relevant and thought-provoking is the question of how to police bad behavior, because that’s what gets to the heart of whether or not this is a “society,” which is Ludlow’s continuing argument. The “if ‘the physics’ allow it, it must be okay” [paraphrased] attitude is much like the “free speech” defenses Twitter uses all the time. Until bad behavior started to undermine democracy, Twitter seemed happy to just let it proliferate unchecked! SecondLife had DDoS attacks, content theft, trolls; the logical conclusion is Twitter’s hate mobs and political interference. The song essentially remains the same. Where Ludlow loses me, though, is that he seems to suggest that “if the physics allow it, it must be okay” is a bad policy when it comes to content theft but not when it comes to someone creating a Nazi compound, in which case they have a right to be there because… they’re there. With the questionable advantage of living in 2019’s social media landscape, this seems like bullshit to me.

This is the central problem with his argument, (and also an apt time for my final disclaimer that I’m reading this twelve long years later and my personal politics are surely coming into play). He raises fascinating questions – do platforms have an obligation to their “citizens?” Are they governments? How much should the back end interfere, if ever? Is making changes unilaterally with little to no warning okay? Most importantly, since it’s really the question all these other questions are dancing around: is the internet real life?

Let me back up. After 1000 words already, I want to say that overall this book has a lot to recommend it and a lot that’s frustrating (for one, maybe because it’s an academic text, it’s way too long, and hiring and firing journalists simply isn’t the exciting plot he thinks it is; plus, his personal investment in the story and the lack of an outside perspective could be another whole essay). The most frustrating though is that Ludlow barely explores the questions he asks. It very much feels like he mostly wants to Be Right and complain about how he personally experienced SL. He’s big mad about Linden Labs overstepping but he’s equally big mad about them letting certain problems go.

I mentioned his seeming libertarianism, which I think is the source of this hypocrisy. At one point he uses an example of a briefcase bomber and says that even though one person might carry a briefcase bomb, the rest of us are still allowed to carry briefcases, whereas the user who created the server-overloading multiplying sphere meant that aspects of content creation were taken away from everyone. But he’s conveniently ignoring that in a society, the actions of the one do affect the many, often unjustly. Using his own example, we’re all getting searched invasively at airports (and music venues, firework shows, etc etc), because of a few incidents and resulting fear. We have all been forced to sacrifice privacy for broader safety, because of unilateral government decisions – and whether these specific examples are merited or willing, in general some regulation might be good. (Gun. Control.)

Much like libertarians I have encountered in real life, it’s unclear exactly when Ludlow thinks SecondLife should and should not function like a society. If Ludlow wants to treat SL as an anarchist world with absolutely no rules, then that’s what he’s going to get, but he has to deal with the system shutting down when a troll overloads a server, and gangs will terrorize people off their land.

Such an unclear viewpoint isn’t helped by the muddy waters of a limitless world. It’s true that in real life, we are allowed to carry briefcases, but if you have been apprehended and the state carries out its punishment, there is absolutely no equivalent to the ease with which an SL bad actor can just borrow someone else’s credit card and return. (There’s also no equivalent to the ability to – on a whim – change your appearance or species or ignore gravity.)

I think there’s a middle ground between that unrestricted playground and a regulated-but-free virtual society but he doesn’t bother to seek one, which leaves me skeptical of his ability to objectively discuss the issues of online worlds and their restrictions – a question that in the last decade no one has solved despite mounting urgency, as hidden underbellies of the internet rise to the forefront and spawn real-life consequences. Refusing to engage with a reality that necessitates curbing troll behavior and maintaining safety for users, in favor of whining about his personal experience with SL, undermines his quest to validate these worlds as legitimate forms of social interaction. It’s too bad, because we really do need guidance now more than ever.