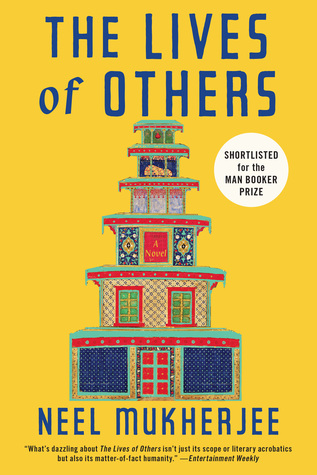 The Lives of Others

IF YOU LIKED
Mr. Toppit

Every once in a while I see a book that looks cool (both it’s cover and blurb, that is) and I manage to selectively what kinds of books I actually like and what I don’t. This book looked and sounded interesting so I completely ignore the fact that no matter how hard I’ve tried, I simply don’t love Family Sagas.

There are parts of a family saga I do love, which this delivered on – infighting, cattiness, drama. Chhaya was a ton of fun even though she was a royal bitch, and Purnima’s maneuvers were also enjoyable. There were other ideas that I found really engaging as well, like Supratik’s involvement with extremism and how that, in many ways, made him forget about the humans in the politics and the moral cost of his actions.

I even don’t mind the main thesis of the book which is that this family represents the shifting tensions and ideas of Bengal. And you’d think this would be my shit – I like family politics in tv and movies, I like exploring how families are strong and weak, and I’m interested in history! But so often in books it reads as very dry. There have been exceptions (like Mr. Toppit, which I unexpectedly liked), but by and large I find myself bored by what can turn into the recitation of relationships and history. Even when it’s done well and isn’t too hard for me like this book, maybe I prefer my families incidental, or like “secretly” the focus (you know, “the story was REALLY about…”).

And finally, I don’t like war stories. I never have. Perhaps this makes me very insensitive or an irresponsible reader, but there have been very few books About War that I’ve enjoyed (always worth a plug for The Things We Carried). So the half of the book that was essentially a war story contained interesting information, but personally I found them a slog. This again isn’t really a comment on the objective quality of the book – I’m not a professional critic despite how seriously I take these dumb posts so most of the time I am completely subjective – but I’d prefer that come from another “source” as it were, news clippings or the diary of a soldier, etc. Probably too cheesy for Important Literature, but that kind of thing is exactly why I find this kind of book tough. I don’t and never have minded a cheap cheesy trick when it’s done well.

There was a bright point where the reader finally realizes that Supratik is writing to his cousin (name?), but like, of course I’d like that part. It’s secrets, as part of another story. THAT is my shit.