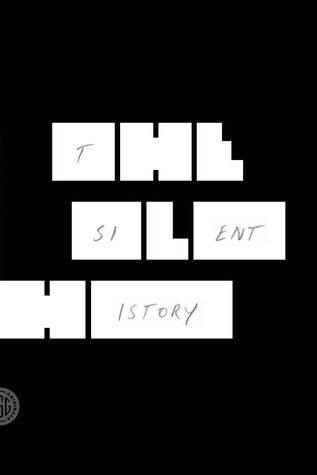 NOTE: I read this as the paperback book, not as an app, which probably affected the experience.

Reviewing this book is going to be quite a task. There was some that was good here, a lot that was bad or uncomfortable, and a ton that was neutral. Let me start by caveating that I know this book started as an app, so I understand there might be some nuance and experience lost in translation, which might contribute some to my issues.

I’ll start with some negatives. The first problem is that while the concept had a lot of potential, there was a lot about the execution that I just didn’t buy, most especially that communication with the “silents” is impossible. At one point, Flora communicates with images, and that seemed like a totally obvious solution from the get go. The implication that they don’t “think” either is just past the realm of convincing (and for reasons I’ll go into shortly, is practically offensive); theories have existed for a long time that human thought is not solely linguistic. I am not a neuroscientist but it seems to me the phenomenon of having a word “on the tip of your tongue” – meaning you’re conceiving of something specifically and vocabulary fails you – must mean that our thoughts incorporate more than words. So this book really needed to sell me on the silent phenomenon to suspend my disbelief (not a high threshold for me usually), and it didn’t quite.

And this entire book, save one chapter, took place in America. The one that didn’t, near the very end, brought up a point I thought of at around 1/3 of the way into the book, which is that people around the world already speak different languages and have trouble making themselves understood to other people. The reason airline safety brochures have almost zero words in them is because they have to work for a lot of languages without teaching people to speak first. All this to say that the idea that they don’t think and that there are zero parents who would think to communicate pictorially is juuuuust unbelievable enough for me that it kept taking me out of the story for the first 2/3 of the book or so.

And, nonverbal people like, exist. I’m verbal and not autistic, so I’m not an authority but the metaphor (intentional or not) here is troubling. The silents are constantly objects rather than subjects; they catalyze action and are passive rather than active, or even reactive, for the majority of the book – and even when you think they’re finally getting their own say and their own plots, some verbal asshole (I hated David, and couldn’t tell if the book wanted me to) destroys the implants. For the silents who wanted the implants, disastrous. And for those who didn’t, the fact that it wasn’t one of the rebel/holdout silents, who we hear a LOT about but never even really make contact with!, is unjust. Where are the voices, verbal or not, of the silents here? And even if we weren’t to hear from them, where is their agency?

This gets at a problem that only makes itself more apparent as the book goes on. I was thrilled when Calvin revealed he wasn’t as in love with the implant as he said earlier, I was thrilled Persephone was presented with problems and that both of them said that silence was occasionally preferable (both on a narrative level, I felt bad for the characters of course), but the narrative is so positionless that I think I was projecting a lot onto it. My guess is this is because it was designed as an immersive app experience rather than a straight novel, but when you start to compile things into a book with an order and everything, it has different connotations.

Where are the voices, verbal or not, of the silents here? And even if we weren’t to hear from them, where is their agency?

Even in stories such as this one with no omniscient narrator, the text has a perspective (we’ll get to the “compilation” part later). I feel like here the perspective was so dickless, for lack of a better word, that it ended up granting a lot of ground to the characters who I found truly cruel in their self-righteousness. Forced implants? Rounding silents up? Implants that let others control the words the implantees can say?? What the fuck? Look, obviously by the end it was on the side of the silents and those who objected to invasive procedures, etc, but it takes so long to get there. And if the text was essentially pulling us in just to make us realize that we were Wrong All Along, well, it didn’t do that well enough at the beginning either.

(To be clear I have no problem with the invention of the implant. Medical advances are not inherently bad, OBVIOUSLY, and I use plenty every day. But the way this book subsequently treats it is… well… bad.)

(And there’s a lot to be discussed when it comes to the just desserts at the end being a loss of language for everyone. It’s pretty obviously punishment, but essentially punishing people with this autism metaphor is just as bad as the way the silents were written about earlier. Autism isn’t a punishment, and neither is not possessing language. These are real things that are true of real people, and there is no way to consider this book without thinking of those real people.)

There is some better stuff here: the genre play is interesting, for example. It starts as a medical mystery, goes into zombie movie territory, ends with almost a supernatural vibe when The Boy essentially heals all the malfunctioning implants. Along the way you have Theodore stuck in his family drama, Persephone in basically a flawed-robot story (though again, the metaphorical implications here that silents aren’t human are gross), and so on. That said, who knows what was going on with Patti, my single least favorite character (so insufferable for so long, so for the first looooong chunk of the book, the only voice advocating for the silents is also the most annoying and self-involved! Ugh).

There was also some interesting futuristic stuff there, like Nancy and Spencer and their Slush implants, which was a fascinating tidbit. It meted out small doses of the future, which again in an app probably proved very effective since it was more in real time (though obviously still not literally real time), but even in a novel worked well to give it a more solid sense of time. To that end, I wish the book had included a few testimonials from people who had extremely limited contact with the silents – maybe their notes were being collected for a different project – and the silents just kind of showed up in the background. Unless the book was trying to argue that every single child born from 2011 onwards was affected by silence, which I doubt, then there was no way that every single person on earth, or even in the country, would have been affected (obviously not at the very end). That might have given us some perspective and done some of the worldbuilding heavy lifting.

This isn’t a negative so much as wasted potential for a positive, but I thought the form could have been more complex as well. I kept flipping through the book hoping for a chapter in pictures, for example (done well in the Book Thief, where the words in that section are mostly superfluous if you’re just trying to get at emotion), which would have helped a lot giving the silents a voice and therefore a perspective & a stake in their own story. Same with maybe a clipping from an encyclopedia, a news source, photos of the silents’ living situations, ANYTHING, even if it was quoted by one of the narrators. I felt very much that if there was a prologue where it was made clear this was a compilation after the fact, there needed to be more, well, compiled. As it stood, this didn’t need to be a “compilation” of anything; it could have just been a book with multiple narrators and no prologue. Especially just coming from reading Where’d You Go Bernadette (but probably even if I hadn’t) that felt like a disappointment.

The characters are also well-drawn, though again since I was projecting my distaste at everyone’s treatment of the silents I liked almost none of the speaking ones. But they’re all distinct entities, which is tough in a book like this – the varying narrators thing was done exceptionally badly in the Swan Thieves, for example – and I had varying levels of sympathy and dislike for all of them.

Part of me feels bad giving this book only two stars. Maybe it’s a three-starrer, but there’s just a lot weighing it down. It’s reminding me a lot of my reaction to the Book of Dave: it was a good book if you just ignored a lot of stuff. This one wasn’t as good as the Book of Dave, though, in concept or in execution. It’s disappointing because I really really enjoyed the Pickle Index, and I was hoping I’d have the same experience here – maybe not as good as the app would have been but still just a good story and a fun concept. But a book where so much of the story rests on characters with zero agency is bound to be somewhat of a disappointment. And I don’t know if the authors intended this to be a metaphor for autism, but that’s what they wrote, and they owed that story better than what they gave it.