so you want an atmospheric mystery? 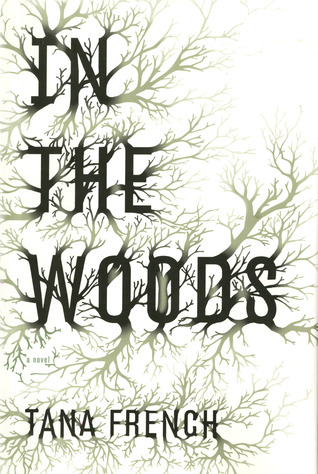 Up until the last 5 pages this book was – well, pretty bad, but at least had one potential for redemption: The Last Minute Twist™. The classic moment in mysteries when a foregone conclusion sometimes shifts radically at the LAST POSSIBLE MINUTE (and I mean literally once you’re already thinking about your next book) just for the chance for a Grand A-Ha Moment™. The minute Charley showed back up at the game, I thought – aha. That’s the Twist. There’s still hope. And then final page turns and – nope. It was exactly who I thought it was, and not only that, who we were TOLD it was!, all along.

This book was overwritten, underdeveloped, and underpaced. Neither Morrow nor his main character seemed to treat this as a mystery, but Cass is a far cry from a compelling enough character to hold a straight drama. Her character arc seems mostly to revolve around whether she wears matronly dresses or ratty sneakers (relatable, but boring); events happen to her and she mostly tries to avoid them; and worst of all, she seems most like a TNT procedural lead: single mom of sassy but perfect twins, baby daddy was a one-night stand, brother died, she has visions (sorry, “forevisions” which is redundant fwiw), has special abilities which she doesn’t believe in (though they’re obviously true), sort-of job but not if it’s not convenient, questionably depressed – this is not an antihero or a complicated protagonist, this is a cliche.

This is not an antihero or a complicated protagonist, this is a cliche.

None of the other characters really stand out either: the twins are unfortunately cringeworthy. I appreciate that her kids matter to her, I do, but their obnoxious banter takes so long to read and was clearly written by an adult who thinks he’s hip to the jive but is really not. Niles was better-written but all the time spent on him is completely unnecessary. Why did she need this sorta-ex whose wife is sorta-jealous who sorta-helps but not-really-at-all? Being friends with a sheriff could be single-sentence exposition rather than pages and pages and pages of flaccid barely-there romantic tension.

Of course Morrow insists on my least favorite trope as well, the Manic Pixie Dream Parent. In my experience, people mostly have mixed relationships with both their parents. Sure, maybe good experiences and feelings FAR outweigh anything bad, but to have no tension whatsoever makes it feel like Cass & Nep just aren’t related (another issue with the twins), plus, anytime you remove tension… it’s boring. (Don’t even get me STARTED on the quotation structure (“ vs —) – your readers understand flashbacks without the need for yet more pretentiousness.)

Does Cassandra just not have enough personality to have complex relationships? (One could say it was trauma; if that was the focus, it would have been a fascinating book, and one that Morrow surely would have butchered.) Rosalie was the only character whose personality seemed fleshed out & whose relationship with Cass was actually interesting, but it was sidelined far too often.

And poor Roy Skoler (a joke, a joke) was laden with so much foreshadowing that he was near to stumbling – usually, the mark of a clumsy red herring; here, just a clumsy author who either didn’t realize how obvious he was being, or who was just so uninventive he couldn’t even think of a different twist. (I say again, CHARLEY! The boys even give each other a suspicious look one time when Charley shows up! YOU ALREADY WROTE IT BRAD)

Relatedly, was the rape scene supposed to be a twist? It was so obvious I thought it had actually already been stated explicitly. Adding insult to injury, as someone else pointed out, the word “rape” is never said, which is inexcusable in a story as dude-centric as this one (Cass and Rosalie being the only women with any kind of nominal agency).

If anyone in a mystery gets some motivations and backstory, it’s the murderer, right? After all, that’s the whole impetus for the story! But here, Roy is left with nothing: why did he do it? why was he targeting Cass? was his claim of loving her sincere? why did he go to Covey? why talk to the boys? (Wouldn’t Morgan KNOW… the FATHER…. of his TEAMMATES…..??) Why did he both stalk her and tell her to leave him alone, especially when she didn’t know he was around?

Maybe Morrow had a page count he had to stay under and/or a terrible editor and/or lost steam and/or had no idea how to end this ridiculous book. Either way, considering how much time we spent with Cassandra The Bland and her attempts to escape the mystery we’re supposed to be reading about (wonderful cures for a reader’s insomnia but pretty boring as a plot), the fact that the MURDERER, whose actions drive the majority of the story, is just as unexplained at the end of the book as before you open the very first page, leaves you feeling like the book is over, but not finished.

As if all this didn’t slow the book down enough, there was the flowery, precious, “melancholy” prose that opens every single chapter. It’s such a cheap move, an attempt at the Gillian Flynn/Tana French/psychological thriller “atmosphere,” that it makes me think that Morrow read better books that make use of chapter-ending cliffhangers followed by flashbacks or atmosphere to draw out the tension, but he just can’t make it work. To have a cliffhanger, you have to dangle your readers near the edge, which means the plot has to be actually SOMEWHAT propulsive. I’m not asking for a thrill-a-minute seat-gripper (though that’s what it’s sold as) but maybe like, not as much Cass trying to decide what to wear to church as a major plot point and a little more murder. Also – the atmosphere has to be well-written, not drivel like “I remember making friends with a small stone.”

The crux of it is: I hate books where I realize halfway through that I’m just not enjoying myself. There’s nothing worse than feeling absolutely neutral about a book for a long time, then picking it up to read it one day and realizing that not your heart is sinking slightly at the prospect.

This wasn’t unreadable, and it wasn’t (that) offensive, and setting the aforementioned flowery prose aside, it wasn’t even that badly written. It was just eye-rollingly self-important. Glacial. Boring. About as meaningless and padded as this review. Skip this, and read In the Woods instead.

EDIT: downgraded this to 1 star as of 6/2017. Every time this book has crossed my mind I’ve remembered only hating it, so it feels disingenuous to give it that extra star for… what? Not a COMPLETE lack of competence?