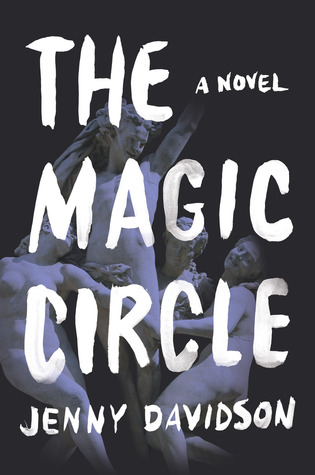 IF YOU LIKED
The Secret History

The Game Is Fucked Up

I spent the latter half of this book wondering why I didn’t just choose to reread The Secret History rather than try to finish this, but I don’t give up on books easily, especially when they’re so much lighter than the books I’ve been carrying around for a while. But I should have stuck to my instincts.

There are two parts to my dissatisfaction with this book. First: I admit I have never been an academic, in the field of game design or otherwise, nor do I move in hyperintellectual New York circles, but I can’t believe that real people, even the super smart, actually talk like this. I am also aware that moving in the aforementioned circles sounds like hell, so maybe I’ve been avoiding them in real life, but who on earth manages to retain any friends or even a roommate while talking in daily conversation about game theory as if you were writing an academic paper—and at a hangover brunchno less? Who would ever want to hang out with these people just for a coffee, much less days-long games?? (God, I feel like I’m even talking like them now.)

I’m trying to come up with ANYTHING to say in favor of this book besides “the cover design was great,” and I’m coming up short.

In this way it felt a lot like The End of Mr. Y—someone who clearly understands the subject matter tried to write a book but much as they can speak to immersion in game theory, they can’t figure out how to make it accessible to ANYONE else.

Secondly, I was fine with the kind of languidly suspenseful atmosphere up until the very end, when all of a sudden you realize that just The Game Is Fucked Up isn’t the only end game—that there’s actually something dramatic she intends to write about. But by then you’ve got like 20 pages left and you can’t wait to get away from these pretentious assholes, so I didn’t even care about the big death scene. Scenes.

The incest was so far past shoehorned in, it was laughable. Lucy says she is heading to their place and you know exactly what happened. Even in 2013, that was an overdone twist. And, uh, what the fuck was that with “his mother” at the end?? Was Anna his mother?? Did I just get so impatient I skimmed over something important?

I started by rating this book a 2, out of guilt because I did read the whole thing and didn’t get truly pissed until halfway through, but I’m trying to come up with ANYTHING to say in favor of this book besides “the cover design was great,” and I’m coming up short. Unfortunate that such a good cover and such an intriguing blurb got a terrible treatment. Honestly, save the time and read The Secret History, which is more famous for a really good reason.