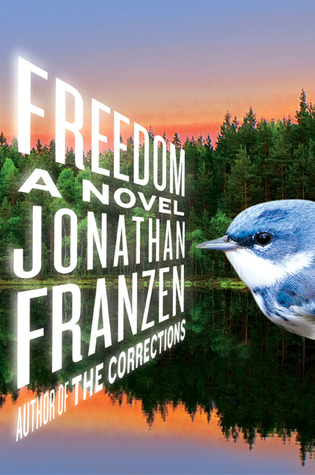 i kind of shocked myself with how much i really didn’t like this book, but indeed: i hated it, and will now write quite a bit about why.

maybe i shouldn’t have started it, as what it’s taught me is that i don’t have patience for the suburban, white, middle-class, middle-age, (middle-child, in walter’s specific case) male guilt that permeated every. single. word. of this book. i caught myself scoffing every few pages at the self-pity and the excuses and the privilege. the realization halfway in that walter was Our Main Protagonist was immensely disappointing.

it was, fundamentally, a book about completely average, unsympathetic people fucking up their lives in minimal and not really interesting ways for no reason besides that to prove that ~people are flawed~??? i guess???? or, because the book needed to be over five hundred pages and sadly, “once upon a time, an average suburban family had some pretty standard familial problems then fixed some of them in the next ten years, and also, we are influenced by our parents” doesn’t even fill one. maybe instead of writing a book which is in part about environmentalism, jonathan franzen should have saved a forest full of paper.

it was, fundamentally, a book about completely average, unsympathetic people fucking up their lives in minimal and not really interesting ways for no reason besides that to prove that ~people are flawed~

also, the jewish narrative would have been uncomfortable even if franzen himself was jewish, but since he (apparently) isn’t it’s even more creepy that every character that turns out to be Full Jewish is presented as unsympathetic, and they range from “not sufficiently liberal for our narrator” to the good old antisemitic conspiracy theory: “purposely takes advantage of 9/11 to propel the u.s. to war in iraq.” (the only exception, jonathan, isn’t someone to root for either). the huge overuse of depression as a plot point was also really lazy. the only depiction of depression that was even a little fleshed out was connie’s, but we only hear about any of the specifics from carol, and meanwhile joey spends most of his time manipulating connie using her depression so he can keep sleeping around.

the not-a-rape scene was terrible to read, in part because franzen’s sex scenes are awkward, and in part because it’s disgusting to write a rape fantasy scene about a character who basically introduced herself by talking about her rape, and then ignoring that very real trauma by saying she gave “her surprised consent” to his “attack[ing] her sexually” and “violent actions which, without her consent, would have been a rapist’s….” yes, it’s only one scene; no, it shouldn’t just go undiscussed because it was short. interesting how she gave her consent only after he’d already “attacked her sexually.” almost like franzen doesn’t actually give a shit about his own character’s rape.

what it boils down to is: freedom presented every character and every moralizing issue with zero shades of gray. pages and pages of preachy speeches and boring prose and zero nuance. i think it was supposed to satirize liberalism (can’t be sure – if it was a capital-s Satire it was too realistic to be one) but instead it mainly seemed to say: republicans = Bad. liberals = Good. liberals can be Hypocritical but they Mean Well while conservatives = Enemy. being apolitical = Crime. nature = Good (birds = AMAZING). politics = a Sham. marriage may be the Loss of Freedom but it’s also The Most Important Thing In The World.

the last book i hated this much was the swan thieves, but even in that one i cared about what happened next. if i’d lost this book on the bus midway i don’t know if i would have even looked up a synopsis online.